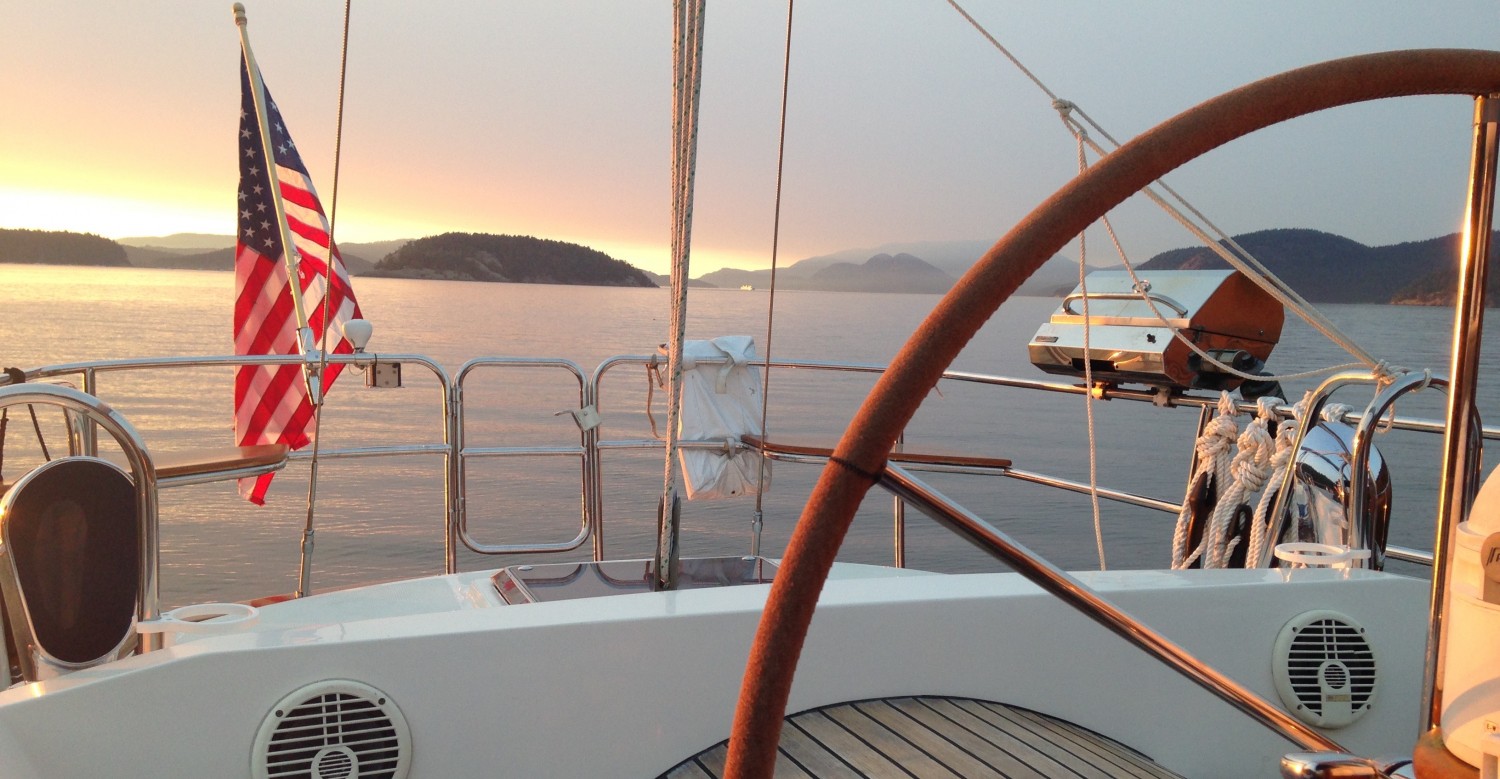 Posted on August 1, 2016 By wagsandpaula

Swells lifted Gadabout’s bow and drove it into the next wave, over and over, sending rushes of salt water onto the deck and down the gunnels. We held on for the ride, watching the foredeck intently, hoping the tie-downs on the gas cans and kayaks were secure enough and wishing we had remembered to put an extra tie on the anchor…

Two days earlier our southward crossing of Queen Charlotte Sound was only slightly uncomfortable with a few rolling swells on our beam, quite calm in comparison to our journey north back in May when the ship’s log at the end of the day read, “One crew lost to sea sickness.” Based on these conditions and the most recent weather forecast, we decided to revise our route and return home via the west coast of Vancouver Island. We headed to an anchorage on the north side of the island to set ourselves up for an early morning departure the next day to round Cape Scott. Unlike the east coast of Vancouver Island, which is well protected with comparatively benign conditions, the west coast is more rugged and wild, requiring careful planning and attention to weather, especially when preparing to tackle the two substantial capes, Cape Scott and Cape Cook, and open ocean waters in the northern section. The waters around a cape can be very confused, waves coming from every direction, ocean swells from multiple angles competing with wind and current. Periods of accelerated winds and heavy seas can create treacherous conditions.

We had checked windyty.com, our go-to app for a consolidated wind forecast, a couple of days earlier when we had internet connectivity. The night before and the morning of our start, we listened to the marine weather conditions reported by the Canadian Coast Guard on the VHF radio. We were happy to hear a forecast of 10 kt winds and 3-4 ft seas off Cape Scott.

We weighed anchor at 0600 and headed out. It would take two hours to reach the cape and we wanted to make sure we rounded it in the morning as winds tend to pick up significantly in the afternoon. Aside from a gentle ocean swell it was an easy couple of hours. We were making great time with an ebb current; enough, in fact, to slow down briefly when a humpback whale put on a tail-slapping show less than a hundred yards away. As we continued on and reached Cape Scott, however, the wind and wave heights started to increase steadily and substantially. The water off the cape on this day was the picture of confused. By the time we turned south, we were seeing 20-25 kt winds and 6-9 foot seas, and taking it from every side. It was rough, much rougher than we expected given the forecast. Had we known, we probably would’ve waited a day, but now we were in it to win it and we had another two hours to go before reaching the first possible anchorage. Although we were maintaining a decent speed, we seemed to move forward at no more than a snail’s pace along the distant shore. Fifteen minutes became a half hour, became an hour and, finally, we made our way through the entrance to Sea Otter Cove. After negotiating a very shallow, rocky channel in the wind and, by now, rain and fog, and anchoring in a mere 10 feet (leaving only 4 feet under our keel), we said a little prayer of thanks and collapsed on the settees for a much needed nap.

Two days later, we rounded Cape Cook on Brooks Peninsula. This time, we had the wind at our backs and were able to put up the sails, which helped to settle out our motion a bit by countering the rolling of the seas on our beam. While less severe than off Cape Scott, we did encounter confused seas again and winds of 25-30 kts, making for an uncomfortable ride.

With the two major capes of the west coast behind us and several days of smooth water passages ahead, we reflected on our experience and decided the most disheartening part is that no matter how hard we tried to capture it, the pictures we took didn’t do the experience justice. You’ll just have to take our word for it. Or three words, rather… Respect the Capes. We definitely do. 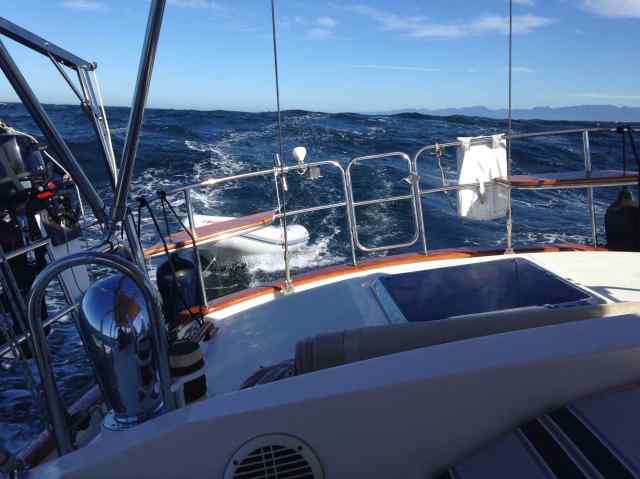 Category: Inside Passage to Alaska

2 Comments on “Respect the Capes”