Carnaval Mazatlan is one of the most popular carnival celebrations in Mexico. We were excited to be in town as we had heard it is a must-see. The week leading up to Ash Wednesday is a constant stream of events, from pageants and concerts to fireworks and parades. We decided the main parade on Sunday would be our best opportunity to join the festivities.

Getting into town from the marina was painless. We caught the bus and 40 minutes later we were downtown and twenty pesos (about one US dollar) poorer. We walked to the malecon, the oceanside street where the parade takes place, and with a half hour to start time the crowds were filling in fast. 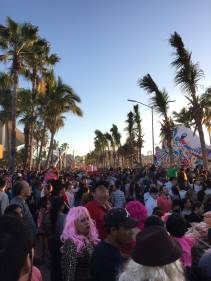 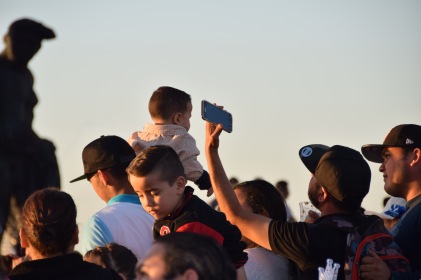 After choosing a spot to stand, we quickly discovered we would be able to see only the higher aspects of the parade as neither of us is above average on the height scale. Wags noticed several people with small wooden stools and, leaving me with my promise to stay put (so we wouldn’t lose each other), he headed off to find the enterprising person selling them. Upon his return we stepped onto our new, 2-foot-high, extremely wobbly viewing platforms where we would spend the next two hours taking in the sights and sounds of Carnaval Mazatlan 2017. Luckily, there was a temporary, slightly more stable, metal fence just behind us to assist in our balancing act. 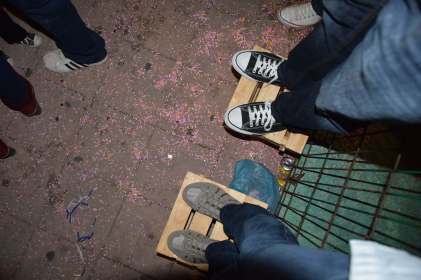 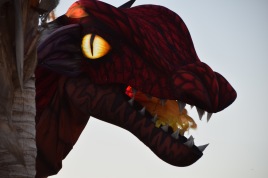 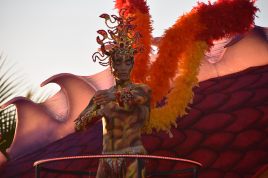 As darkness fell and the parade progressed, the floats became bigger and more vibrant and confetti filled the air. 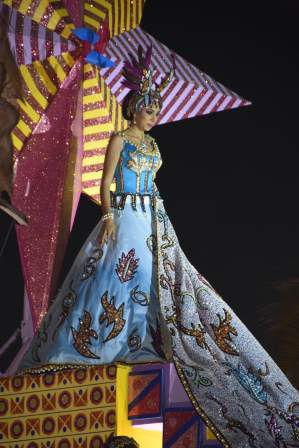 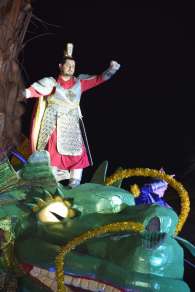 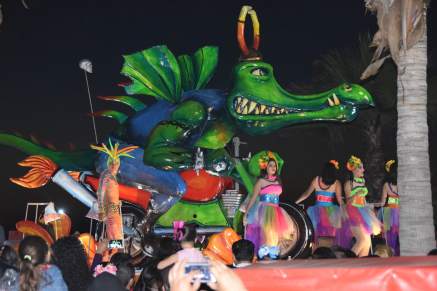 The crowd was massive, the mood festive, and the energy contagious. It was a blast to see people young and old alike sharing in the celebration – everyone was there to have fun. We even got to practice our Spanish with a man standing next to us who was there with his wife and daughter. 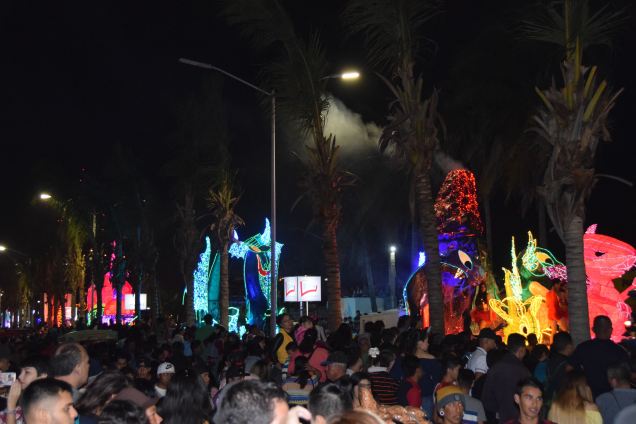 After the last float and the brigade of dancing horses brought up the rear of the parade the crowd dispersed and we walked to a nearby restaurant for dinner. A few stragglers stayed behind enjoying the warm evening, one señor taking a much-needed rest on his own wobbly stool. By the time we were finished with our dinner, the brigade of sweepers had already erased much of the evidence of the parade. 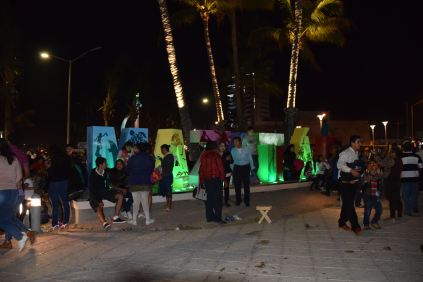 The celebration continued, however, on the side streets and in local homes, restaurants and clubs, for two more days and nights, until the beginning of Lent brought an end to this year’s carnival.