An overnight sail from Mazatlan brought us to Isla Isabel, a small island 18 miles off the Pacific coast of Mexico. Isla Isabel is a national park and, as of 2003, a World Heritage Site. It is nicknamed the “Galapagos of Mexico” because of the large number of nesting birds and iguanas that inhabit the island. 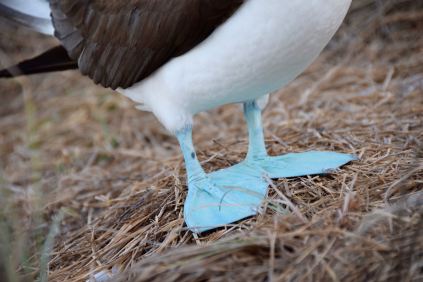 There is also an active fish camp and a tourist eco-camp on the island. This is no cushy resort, though. Unless you have your own boat, the trip is a 40-mile open panga ride from the nearest town of San Blas.

We anchored, caught up on our sleep and, after a little snorkel exploration, took the dinghy ashore.

Due to the lack of natural predators, the birds are unafraid and willing to allow people to get very close. 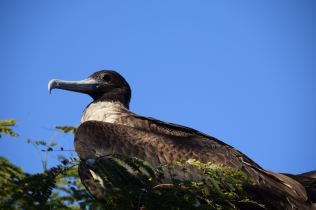 A short hike to the lighthouse put us right in the middle of a blue-footed booby colony. We watched as the birds interacted, communicating via whistles and croaks, the males trying to impress the females with their dance moves. It was like an avian version of Saturday Night Fever, and we were front and center.

One particularly amorous pair even cooperated for this short video (apologies for the wind noise – we promise a better video camera is coming soon). Enjoy the show!